The organisation which ultimately became Petherton Arts Trust Limited was initially conceived in 1986 by a group of local people in the South Petherton area of South Somerset who shared a common interest in the arts.

The group called themselves Petherton Arts Trust (PAT). They, in turn, were an offshoot from the activities surrounding the South Petherton Folk and Craft Festival (click here for more details).

The group saw the potential in a former United Reformed Church, (Click here to read a comprehensive history of the church before 1980) a grade two listed building which occupies a prominent position in the village, as the venue for music and theatre and a centre for the arts in the locality.

A local businessman, Brian Hall had recently bought the church building. (Click here to read a newspaper article from 1986).

He allowed PAT to occupy the building and in August 1989 PAT entered into a formal 15-year lease. One condition was that the building be called ‘The David Hall’, in memory of his son David who lost his life in a motorbike accident.

The rent was guaranteed in the lease by two of the group, and it was felt that to safeguard their interests, PAT should become a limited company. This was incorporated in November 1989. in July 1990 the company was also registered with the Charity Commission.

In June 1993, with the assistance of South Somerset District Council and a grant from The Foundation for Sport and Arts, PAT was able to purchase the building, securing a permanent home for the organisation. Its location in an elegant building in the heart of the village gave PAT additional importance as a valuable community resource.

In 1994 work commenced on the building of office space on the first floor in anticipation of a successful lottery-funded grant. For various reasons this grant did not materialise and work on the proposed improvements was abandoned.

For the following eleven years and despite numerous setbacks, PAT survived and grew beyond the conservative hopes of its founders. Although struggling with the problems which beset many small arts venues nationwide, it was successful and gained a reputation for providing quality arts entertainment. The intimate size, coupled with the most unusual arch immediately above the stage both of which provide wonderful acoustics, gave a unique setting, much admired and appreciated by audiences and many of our visiting performers.

For several years, the hall received financial assistance from South Somerset District Council and Somerset County Council. However in 2005, following discussions with SSDC, the Trust was informed that revenue grant assistance would end. A “Save the Hall” campaign ensued, with considerable support from the local community. As a result, the Council agreed to provide a tapered reduction in grant over two years to permit PAT to reorganise its business and become self-sufficient.

The following three years saw a tremendous amount of work done by the staff and volunteers to examine and rationalise every aspect of the management and operation of the organisation, transforming it into a much more coherent business, albeit one run almost entirely voluntarily. It was necessary to reduce the amount of paid hours worked by staff to 28 hours per week, losing one of the two paid part-time office staff and spreading the workload to volunteers. In turn, this meant a large amount of effort necessary to create office systems which were understandable and easy to operate by volunteers. New technology paid a large part in this, enabling much better communication and the opportunity for some work to be carried out remotely.

The entertainments programme was reviewed and a decision taken to try, even though constrained by practical considerations such as cost, to book the best artists and acts possible. The printed programme was switched from four to six monthly publication, both to save printing costs and to create a better product. A new website with online booking, created and run ‘in house’, also considerably widened the exposure of the hall to new audiences and the hall’s reputation as a venue for top quality entertainment continued to grow.

An ambitious, detailed programme of improvements to the physical structure of the building was also drawn up, albeit, with little idea of where the finance might come from, The strategy was to focus on individual critical structural problems, one at a time, especially the leaking roof and damaged gutters and downpipes.

A vast fundraising effort over the next three years, combined with several successful grant applications to SSDC and the Lottery, saw significant improvements to the hall, including substantial works to the roof and guttering, roof insulation, rebuilding and renovating the bar and storeroom, a new porch, front steps, railings and notice board and the purchase of new seating. This culminated in the Big Lottery ‘Peoples Millions’ grant of £60,000 in 2009 which permitted us to achieve the long-held dream based on the original 1994 plans. (CLICK HERE to read the blog) The creation of a further floor above the balcony enabled a ‘proper’ office for staff to work in together with a meeting area and lighting console. The existing balcony was refurbished to provide not only storage rooms and additional seating, but also can now be transformed into a fully equipped meeting / conference / rehearsal room. Our somewhat inadequate toilet facilities were much improved, a box office and artistes facility built and, again with the assistance of our wonderful volunteers, the interior of the hall was redecorated and the stage raised and improved.

Christmas 2010 brought an unexpected and potentially terminal problem for the hall when it was discovered that there were major problems with the fuel oil storage tank. This needed to be replaced immediately, otherwise without heating the hall may have had to close, thus threatening its whole future. A public appeal to our supporters brought forth a massive response and within four weeks, donations of £3,000 to purchase and install a new tank been made. During the summer months, volunteers from the hall also worked to install four new and much more efficient, radiators in the body of the hall.

In the past few years, we have continued to work hard to maintain and improve both the structure of our building and the events that we offer in it. New event initiatives have been tried, some with more success than others. Sadly the lack of any external Arts funding means that we have to concentrate on those areas where we are reasonably confident of commercial success. This means that some forms of event – e.g. Poetry, Children’s events and sadly, classical music, which loses us money are under-represented in our programmes. We continue to search for sponsors to permit us to be more adventurous! Our improvement work has seen the purchase of new lighting which has transformed the ‘look’ of our stage events and has been very popular with our artistes. During the Summer of 2015, we worked on refurbishing and brightening up our bar area.

The hall faces a bright but still challenging future in light of the current global financial climate. There is a determination to succeed which permeates the whole organisation, and one can only feel that having existed successfully for 30 years, the David Hall has every intention of continuing well into the future. 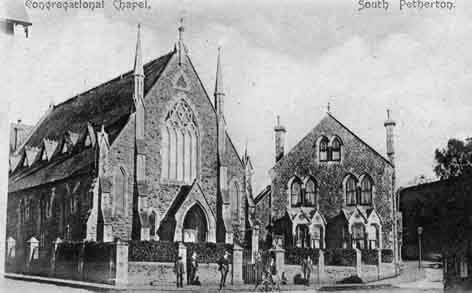