Jonny Fluffypunk, Clare Ferguson Walker and Liv Torc are poetry tribe, three crazily talented stand-up poets and flawed human wonder kestrels, who after 18 months of no live gigs, or live gigs in front of three anxious people in hazmat suits – are trying to rediscover their love of live performance and touring again.

Not just for them but for you the audience, who might just want a bit of genuine joy and human connection from your arts experiences out in the real world.

So, join Jonny, Clare and Liv as they strip it right back to their poetry pants, touring a simple but brilliant poetry show, all about poking human hearts and cracking cold faces into hot lava soup.

Sculptor, painter, singer, mother, award-winning poet and comedienne Clare Ferguson Walker has been trying not to fall asleep at the wheel on the M4 as she roams around the country talking at people, making them laugh, groan and cry, though not necessarily in that order. As a performance poet she has been described as hilarious, crude, thought provoking and once as ‘awful’ by a drunken heckler.

She tours with her own show and often supports John Cooper Clarke, who describes her as “a filthy bastard in a glittery dress”.

Liv Torc
A viral global poetry weaver, skating on the sparkly knife edge of the human and planetary condition, Liv is a Radio 4 Slam winner, a former Bard of Exeter, the BBC Somerset Poet 2019, host of The Rainbow Fish Speakeasy and The Hip Yak Poetry Shack. She runs the poetry stage at WOMAD, Hot Poets and the lockdown haiku and photography project Haiflu – as featured on the Today Programme.

Liv has her own touring show and has recently performed at TEDxLondonWomen and on BBCR4’s Poetry Please. This year she will be supporting Roger McGough twice on his UK tour and will be working with the UN to bring poetry into the climate change fight.

Equally at home on cabaret, poetry and alternative comedy stages and stridently anti-competition in both the Arts and life in general, Jonny is- to his own disgust- winner of countless poetry slams and has come second three times in the UK National All-Stars slam. He has two volumes of poetry, prose and threadbare philosophy- ‘The Sustainable Nihilists’ Handbook’ and ‘Poundland Rimbaud’- and he has toured a series of solo no-fi stand-up spoken word theatre shows around the theatres, garden sheds, empty shops, libraries and summer houses of Britain in a blatant championing of homespun DIY culture.

“A comedy colossus” The Source, Bristol 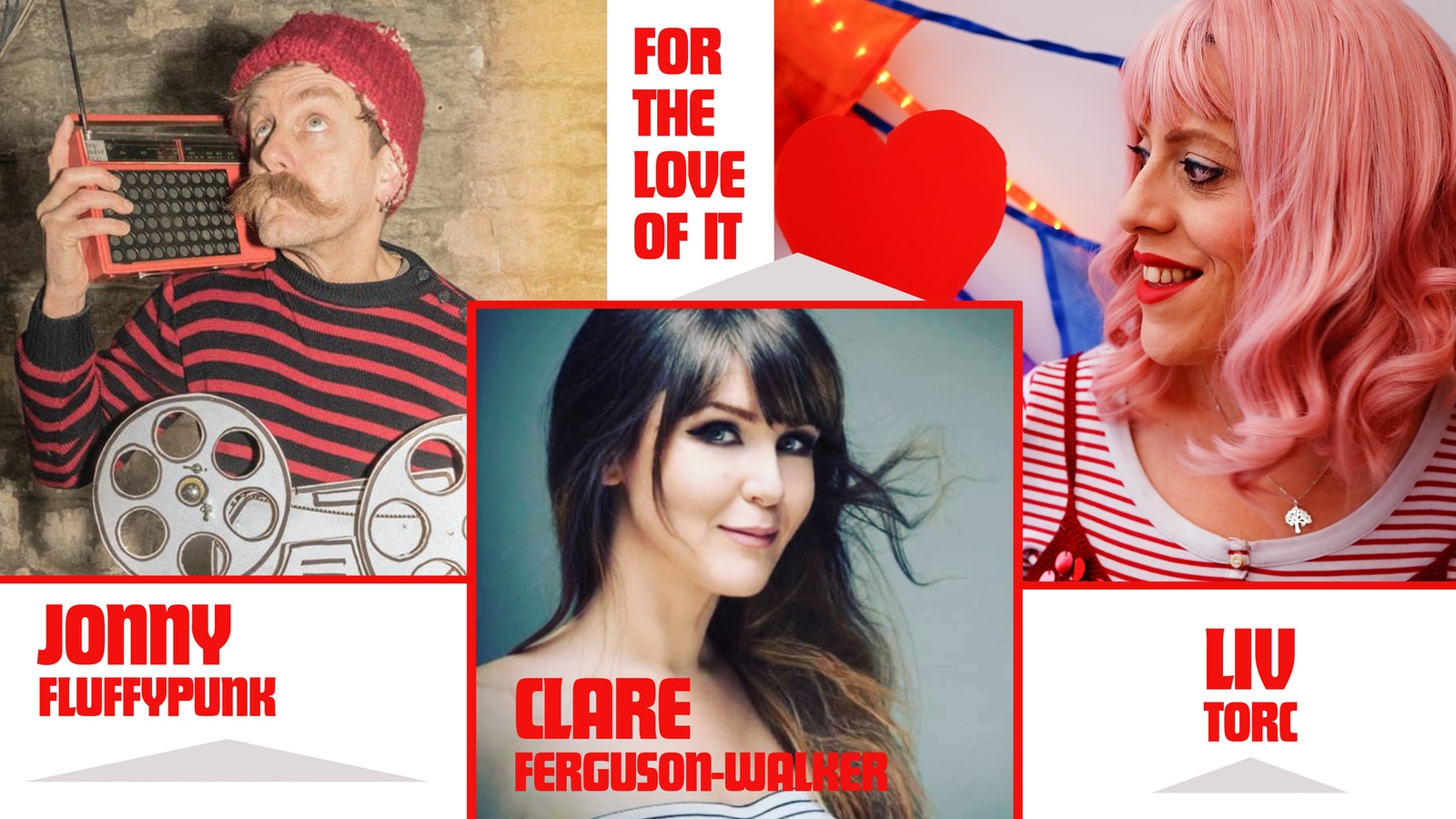 We are so pleased to have the fabulous Liv Torc, Jonny Fluffypunk and first timer to TDH, Clare Ferguson Walker with their latest show. Do you show your support…